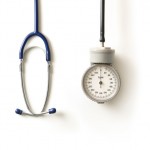 The American Medical Association has announced its willingness to support a ban on marketing energy drinks to people under the age of 18, Reuters reports.

The report quotes an AMA board member as saying that the “massive and excessive amounts of caffeine” in the drinks may be associated with a number of health issues in young people, including heart problems.

In October, the U.S. Food and Drug Administration announced that it was investigating reports of five deaths that may be associated with Monster Beverage Corp’s top-selling energy drink, called Monster.

According to the report, the beverages are the fastest-growing type of soft drink in the United States, with sales up 17 percent last year to about $9 billion.

They are often associated with extreme sports, making them popular among young men, and their growing sales are largely due to increased use among high school and college students.

The AMA voted to endorse the ban at the group’s annual meeting in Chicago. The Reuters report quotes the organization’s board member as saying that “banning companies from marketing these products to adolescents is a common sense action that we can take to protect the health of American kids.”