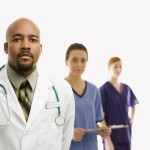 An outbreak of hepatitis A has been reported in five western states, and government officials say frozen berries may be the source.

A CBS News report says the illnesses were first reported in April, and 30 people have since been infected in Colorado, New Mexico, Nevada, Arizona and California. Nine of them have been hospitalized.

Officials with the U.S. Centers for Disease Control and the U.S. Food and Drug Administration have linked the infections with a frozen product called Organic Anti-Oxidant Blend, made by Townsend Farms of Fairview, Ore.

According to CBS News, hepatitis A is a highly contagious infection usually spread through contaminated food or drinking water. Symptoms may include fatigue, abdominal pain or discomfort, nausea and vomiting, reduced appetite, fever and yellowing of the eyes and skin.

The CDC reports that the hepatitis A strain identified in the outbreak is rarely seen in the Americas, but circulates in the North Africa and Middle East regions. The CBS News story quotes a lawyer for Townsend Farms as saying that the frozen organic blend bag in question includes pomegranate seeds from Turkey.