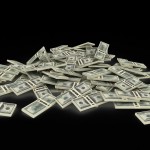 A story in the Irish Independent says Pfizer intends to sell one of its Irish plants, in large part because of declining revenues from its anti-cholesterol drug Lipitor.

Sales of Lipitor, a former blockbuster for the company, have been plummeting recently because its patent expired, opening it up to competition from generics. The drug has also been the subject of some recent health concerns.

The U.S. Food and Drug Administration has added warnings to Lipitor’s label, advising that the drug may increase the risk of Type II diabetes. The new label also warns that Lipitor may raise blood sugar levels, and could cause memory loss.

The Wall Street Journal says Pfizer lost its exclusivity for Lipitor in 2011. That took the drug’s annual sales from a peak of $12.9 billion last decade down to $626 million for the first quarter of this year.

The Irish Independent says the Little Island plant in Cork will be the fourth Irish plant that Pfizer has disposed of in as many years. Three of the others were sold.

If no buyer is found for the Little Island plant, 136 people working there may lose their jobs next year. The Irish Independent says Pfizer currently employs 3,200 people at six sites in Ireland.

According to the Irish Independent, the latest news is not a surprise to plant workers. Last year, the company tried to lay off 50 people at its Little Island plant.