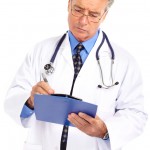 A story in the Huffington Post says that a Medicare program meant to provide medications for the elderly and disabled is subject to widespread abuse.

An analysis by public advocacy journalism Website ProPublica found that that healthcare professionals throughout the country are prescribing large quantities of drugs under the program that are potentially harmful or addictive, and that the federal officials charged with overseeing the program have done little to curb the practice.

Medicare Part D, approved in 2003, serves more than 35 million people – including many who would be unable to afford medications without it. But the ProPublica analysis showed multiple instances of dangerous prescribing patterns.

They include physicians improperly prescribing drugs that the FDA has identified as potentially dangerous to elderly patients. Another psychiatrist regularly prescribes an Alzheimer’s drug for autism patients as young as 12, despite autism experts’ assertion that there’s scant evidence for his claim that it calms them.

The story cites lawsuits and disciplinary records in which state and federal authorities claim some of the doctors run mills where patients get prescriptions if they pay cash for a visit, some have relationships with drug companies that influence what they prescribe, and some are under pressure from families or facilities to prescribe improperly.

Particularly troubling, according to the story, is that Medicare does little to stop doctors with criminal or disciplinary histories from continuing to prescribe to patients, including heavy prescribers of narcotics with a high street value such as OxyContin and oxycodone.

But according to the story, officials at the Centers for Medicare and Medicaid Services say they’re legally constrained from taking action. Under the law, monitoring of those prescriptions is the job of private health plans that administer the program, the officials say.