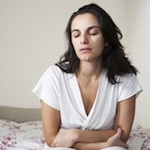 An article from the Daily Report Online describes a woman in Georgia who filed the first federal claim against one of the Transvaginal mesh manufacturers. The claim against C.R. Bard detailed the health problems she’s endured as a result of receiving a vaginal mesh implant. She explains the Transvaginal mesh device was implanted to solve prior bladder problems, but it only made matters worse. She immediately sought medical help for the pain and discomfort she suffered, resulting in two additional surgeries to remove the device from her body.

According to the article, this case is the first of over 20,000 lawsuits currently pending against transvaginal mesh products, and going to trial Monday in multidistrict litigation (known as an MDL) before a U.S. District Judge in Charleston, West Virginia. The mesh implants are supposed to treat urinary incontinence and pelvic organ prolapse – a condition in which weakened muscles are no longer able to provide adequate support for the pelvic organs.

Transvaginal mesh litigation has expanded dramatically since 2011, and in addition to federal claims, the country is now seeing thousands of cases pending in state courts— two of which have already resulted in jury verdicts during the past year. Public awareness increased after the U.S. Food and Drug Administration issued a safety warning in 2011. An earlier public health notification about the products had been released in 2008.