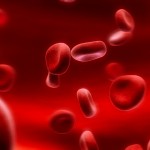 A study suggests that the practice of yoga may help control high blood pressure, according to a story in U.S. News and World Report.

Although the study did not prove a cause-and-effect relationship between yoga and lower blood pressure, the story quotes a cardiologist as saying that the findings suggest “yoga would be a useful adjunct in the lowering of blood pressure in certain populations.”

That could be valuable for patients at risk, especially since other studies have raised some red flags about certain medications prescribed for high blood pressure (also known as hypertension).

The yoga study’s findings were presented at the annual scientific meeting of the American Society of Hypertension in San Francisco, but not yet published in a peer-reviewed journal.

Researchers tracked 58 women and men between the ages of 38 to 62 for six months. They concluded that doing yoga two to three times a week was associated with an average drop in blood pressure readings from 133/80 to 130/77.

In an unexpected development, they also found that doing yoga in tandem with a special diet did not outperform doing yoga alone.