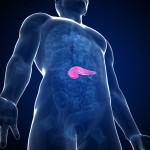 Mayo Clinic researchers say they’ve uncovered “promising” findings for a method designed to distinguish between pancreatitis and pancreatic cancer. According to a report on News-Medical.Net, the two conditions can be difficult to tell apart.

Cancer that affects the pancreas is a particularly dangerous form of the disease, with a five-year survival rate of only 5 percent. Pancreatitis, on the other hand, is an inflammation of the pancreas that can sometimes lead to pancreatic cancer.

Studies have linked both conditions to the diabetes drugs Byetta and Januvia. Those studies include an analysis of insurance records published two months ago in the medical journal JAMA Internal Medicine, which concluded that diabetics hospitalized with pancreatitis were twice as likely to be taking Januvia or Byetta than a control group of diabetics without the condition.

The News-Medical.Net report quotes one of the Mayo Clinic researchers as saying that a diagnostic test capable of distinguishing between the conditions has been a long-time goal of medical professionals.

In findings presented at Digestive Disease Week 2013 in Orlando, Fla., Mayo Clinic researchers said that a molecular marker obtained from pancreatic secretions can identify almost all cases of pancreatic cancer.