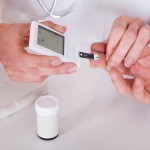 A study from the U.S. Centers for Disease Control and Prevention found that one in nine people with diabetes saw their blood sugar levels drop down to normal or “pre-diabetes” levels after participating in an intensive, year-long diet and exercise program, Reuters reports.

Although complete remission of Type 2 diabetes is rare, researchers say the results show promise for using lifestyle changes to get people off medication and reduce their risk of diabetes-related complications. That could be particularly important, in light of the fact that recent research has raised health concerns about some widely used types of diabetes medication.

For example, studies have linked the diabetes drugs Byetta and Januvia to an inflammation of the pancreas called pancreatitis, and to pancreatic cancer. Those studies include an analysis of insurance records published two months ago in the medical journal JAMA Internal Medicine, which concluded that diabetics hospitalized with pancreatitis were twice as likely to be taking Januvia or Byetta than a control group of diabetics without the condition.

According to Reuters, the CDC study examined a group of 4,053 overweight or obese diabetics, who took part in an experimental program that included weekly group and individual counseling for six months, followed by less frequent visits.

After one year, 11.5 percent of them had blood sugar levels that dropped below the diabetes threshold without medication. That compared to just two percent of participants not taking part in the program.