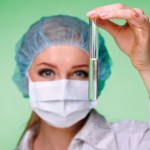 A U.S. Senate committee has approved a bill designed to impose tighter restrictions on compounding pharmacies, such as the one blamed for a deadly meningitis outbreak. The legislation is now headed for the full Senate.

But according to a story in the Washington Post, consumer health and public advocacy groups are criticizing the proposed legislation for not going far enough.

Compounding pharmacies are specialty pharmacies that prepare medications from ingredients provided by other sources in response to specific physician orders. They’ve been under increased scrutiny since a fungal meningitis outbreak late last year, which has since killed 55 people and sickened 741 in 20 states, according to the U.S. Centers for Disease Control.

That outbreak has been blamed on a batch of contaminated steroid medication from the New England Compounding Center in Massachusetts.

According to the Washington Post story, compounding pharmacies originally comprised a small subsection of the pharmaceutical industry. But in recent years, many of them have begun to operate as large-scale manufacturers that ship drugs across state lines without prescriptions or U.S. Food and Drug Administration approval.

The Senate bill would establish a new category of oversight that would apply to those compounding pharmacies, requiring them to register with the FDA and submit to regular inspections. But some consumer groups say the Senate bill still includes some sizable loopholes – excluding compounders that sell in only one state, and even large-scale operations that sell pills, topical creams and gels.