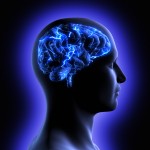 According to British newspaper the Mansfield and Ashfield Chad, a 26-year-old man left disabled from birth because of a traumatic brain injury has successfully sued for damages.

Although the amount is undisclosed, the story says the equivalent of millions of dollars have been awarded in similar cases.

The man’s mother filed the lawsuit on his behalf. According to the story, he was deprived of oxygen during his birth at King’s Mill Hospital in 1986. The accident left him with cerebral palsy, and in need of round-the-clock care.

His symptoms include serious mobility problems, limited vision and behavioral difficulties, including aggressive outbursts. He’s expected to be wheelchair-bound by the time he is in his mid-50s.

His brain injuries, in addition to the toll on his own life, have represented an enormous burden for the man’s mother. She’s been his primary caretaker, and has received little support over the years.

The justice hearing the case acknowledged his mother’s sacrifice, stating: “Anybody reading the papers in this case can have nothing but admiration for all that you have done.”

According to the story, the awarded damages will help fund the care the man will require for the rest of his life.