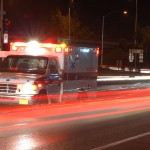 For three weeks, Philadelphia city inspectors failed to look into reports of shoddy demolition work at the site of a deadly building collapse, the Philadelphia Inquirer reports.

A four-story brick wall at 22nd and Market streets fell into an adjoining Salvation Army store on June 5, killing six people and injuring 14.

The Griffin Campbell Construction Co., the company carrying out the project, ignored Occupational Safety and Health Administration (OSHA) standards that required lateral bracing for exterior walls and gradual, floor-by-floor removal of upper stories. According to the Inquirer, the company was licensed for the first time in January.

Blood samples taken from the heavy machinery operator involved in the collapse, taken two hours after the accident, contained traces of marijuana and prescription painkillers.

The city began getting citizen complaints about the demolition project as early as May 7. But after a May 14 visit, city inspectors didn’t report any problems. They also failed to follow up.

Philadelphia officials, including Mayor Nutter, admitted that the city granted a demolition permit for the project without looking into Griffin Campbell Construction Co.’s qualifications.

A Salvation Army store clerk who was trapped under the rubble has filed a lawsuit against the building owner and against Griffin Campbell Construction. According to the Inquirer, she filed an emergency motion in Philadelphia Common Pleas Court asking for preservation of evidence and the right to start inspecting the wreckage.