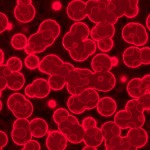 Although Daiichi Sankyo returned to profit in the fiscal fourth quarter and posted a six-fold jump in annual net profit, the story says, those gains were mainly due to the absence of a $3.9 billion one-time loss from settlement costs between its Indian unit, Ranbaxy Laboratories, and the U.S. Justice Department over manufacturing processes.

Another potential dark cloud on the horizon for the company comes in the form of two clinical drug trials for the blood pressure medication Benicar, which have prompted a U.S. Food and Drug Administration investigation.

To offset revenue declines from the patent cliff, the Wall Street Journal reports, Daiichi Sankyo will focus on expanding sales of new products globally, with a particular emphasis on emerging markets in Asia and Latin America.

For the current fiscal year, the company expects a 2.1 percent rise in net profit to $6.8 billion.