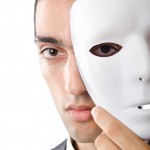 The story notes that potential payouts are high. Last year, for example, Johnson & Johnson agreed to pay $181 million to settle a claim by 36 states that the company promoted its antipsychotic drug Risperdal for unapproved uses.

Johnson & Johnson has also agreed to pay settlements over the Risperdal allegations in lawsuits brought by individual states — including $1.2 billion in Arkansas, and other large penalties in South Carolina, Louisiana and Texas.

One of the reasons the penalties can go so high is because some states can assess thousands of dollars in penalties per violation. Also, the states generally don’t have to prove that the drug maker’s actions caused specific injuries or harm, but only that a drug’s promotion was deceptive. Those two factors give the state officials a powerful incentive for pursuing the legal actions, the story says.

Attorneys general in Kentucky and Maryland and at least five other states have filed separate lawsuits against GlaxoSmithKline in their respective state courts. Those suits allege that the company misrepresented the safety and efficacy of the diabetes drug Avandia, which has been linked to increased risk for heart attacks and strokes.

In a 2012 settlement, GlaxoSmithKline agreed to pay $90 million to settle consumer-protection claims by 37 other states and the District of Columbia over Avandia.