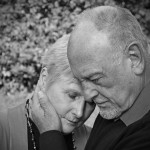 A clinical study has Australian researchers questioning whether the risks of anti-cholesterol drugs called statins may outweigh the benefits for older patients, according to a report in The Conversation.

According to the report, common side effects from statins such as Lipitor include abdominal pain, nausea, muscle pain and/or weakness, and liver damage.

The U.S. Food and Drug Administration has added warnings to the labels of Lipitor and other types of statins, advising that they may increase blood sugar, and therefore the risk of Type II diabetes. The new label also warns that Lipitor may cause memory loss.

The Australian researchers noted similar links between statins and diabetes, as well as cognitive impairment. They found in one trial that Alzheimer’s patients who stopped taking statins appeared to improve.

For the study, researchers with the University of Sydney and Royal North Shore Hospital reviewed randomized trials that included older people, as well as published observational studies.

They concluded that the benefits of statins were unclear in older people who had never suffered a heart attack or stroke. Meanwhile, they found, the adverse effects may be more common and have greater impact in older people.

The Conversation reports that the drugs are very widely prescribed. In Australia, more than 40 percent of people over the age of 65 take statins.

The researchers said that people with extreme fatigue, liver problems, myalgia (muscle pain) or who take other drugs that interact with statins may consider discussing withdrawal of statins with their doctors.