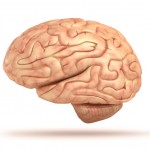 Researchers at the University of Arizona have announced a discovery that may eventually help explain the memory loss associated with Lipitor and other drugs in the popular class of cholesterol-lowering drugs called statins.

A news release from the university notes that physicians and the U.S. Food and Drug Administration continue to document reports of patients experiencing fuzzy thinking and memory loss while taking statins.

The FDA has gone so far as to add a warning about memory loss on statins, in addition to warnings that they may increase blood sugar levels and the risk of Type II diabetes.

The news release says university researchers studying brains being treated with statins noted unusual swellings within neurons, which the team has termed the “beads-on-a-string” effect. They also found that removing statins resulted in a disappearance of the “beads-on-a-string,” and a restoration of normal growth.

The news report quotes lead researcher Linda Restifo as theorizing that the beads “act like a traffic pileup that is so bad that it disrupts the function of the neurons.”

According to clinical reports, physicians often tell statin users that any cognitive disturbances they experience are likely due to aging or other effects. But the presence of a verifiable physical effect on the neurons appears to contradict that assessment.

The researchers hope to conduct further studies on the drugs. Among the questions they hope to answer is what role genetics may play on the neurotoxicity of statins.