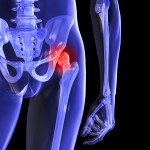 Newspaper The Australian reports that there is currently no requirement in Australia that sponsors of medical devices, which are companies that don’t produce the devices but supply them for sale, have insurance in case of problems with a device. The story says at least one senator intends to introduce legislation that would all sponsors or manufacturers of medical devices to hold product liability insurance before their products are approved for use in Australia.

Public health watchdogs in the United States have taken the federal government for similar regulatory loopholes where medical devices are concerned. Current U.S. Food and Drug Administration policy allows medical devices to go on the market without clinical testing in humans, based on their alleged similarity to previously approved products.

Two medical devices alone that were approved under that policy – the metal-on-metal hip implant, and the transvaginal mesh implant – have generated thousands of health complaints from consumers.

In a separate case, another jury awarded $8.3 million to a man injured by an all-metal ASR hip implant, which Johnson & Johnson’s DePuy Orthopaedics subsidiary manufactured. A number of studies show nearly half of the implants break down and need replacement within six years, as well as having a tendency to shed toxic metal debris in patients’ bodies.

You should consult with a doctor if you have any ongoing symptoms or health concerns from a Johnson & Johnson product. If you have significant injuries, you should also consult with a DePuy hip or transvaginal mesh lawyer to discuss your legal rights.
See the story here: