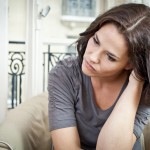 A federal judge overseeing more than 50 consolidated lawsuits about the Mirena intrauterine device recommends that the plaintiff’s lawyers include some women in the proposed leadership committee, according to a Reuters report.

U.S. District Judge Cathy Seibel made that recommendation during the multidistrict litigation’s first status conference in White Plains, New York, when four male lawyers asked to be appointed to the litigation’s executive committee. Given the nature of the litigation, Seibel said, it seemed appropriate.

The Mirena IUD, manufactured by Bayer, is a T-shaped flexible plastic device that’s meant to prevent pregnancy by releasing hormones into the recipient’s uterus. Plaintiffs claim it has a tendency to migrate from its original position, tearing the uterine wall and obliging recipients to undergo surgery to have it removed.

Plaintiffs also allege that the company made misleading claims about the device.

According to the lawsuits, Bayer warned only about the risk of perforation during the initial insertion by a doctor, failing to mention that the device could spontaneously migrate after a successful insertion. At the same time, according to plaintiffs, the company was marketing the devices with unsubstantiated claims that they would enhance women’s sex drive and personal appearance.

Reuters reports that some plaintiffs’ lawyers had expressed opposition to the all-male executive committee before the first status conference. But the proposed co-lead said lawyers from 35 plaintiff firms involved in the litigation had met the night before and reached a consensus on the proposed four-man executive committee, and that plaintiffs also wanted to select a larger steering committee.