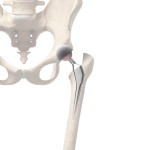 More than 170 residents of South Africa are filing suit against Johnson & Johnson subsidiary DePuy Orthopedics over problems with the company’s all-metal hip implants, according to a story on IOL News.

The story says the South African plaintiffs are suing in a court in England — where the implants in question were manufactured — because they were unable to sue in their home country. They’re seeking millions of dollars over claims that the implants injured them.

Studies show that nearly half of the all-metal implants, featuring both a ball and a socket coated in a combination of cobalt and chromium, have a tendency to break down and need replacement after only a few years.

They also have a tendency to shed toxic metal debris in patients’ bodies. The IOL News story cites a British study that found changes to cells in the bladders of more than one in five of the implant recipients.

Thousands of implant recipients throughout the world are seeking legal redress, including plaintiffs in Australia, Europe and Israel.

In the United States alone, more than 10,000 lawsuits have been filed about the implants. In the first of those cases to go to trial, a Los Angeles jury recently awarded $8.3 million in damages to one of the implant recipients.

Lawyers for the plaintiff in the Los Angeles case produced internal company documents indicating that company officials were aware of the dangers long before recalling the implants in 2010.