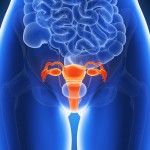 Scots newspaper Daily Record recently printed a letter that a woman wrote to Scotland’s health secretary, detailing the health problems she’s endured as a result of getting a vaginal mesh implant. She describes herself as “one of the many, many Scots women whose lives have been devastated by mesh surgery.”

But the devices, implanted to treat urinary incontinence and pelvic organ prolapse, have generated complaints globally about their tendency to erode in patients bodies. Common complaints include infection, organ perforation and chronic, debilitating pain.

A New Jersey jury has awarded $11.1 million to a woman who received a vaginal mesh implant manufactured by Johnson & Johnson’s Ethicon subsidiary — the first of about 11,000 lawsuits against vaginal mesh manufacturers to go to trial in the United States.

The Daily Record also interviewed the lawyer involved in that settlement, who said Ethicon was aware of the risks, but hid them from patients and doctors. He said the company’s brochures said the mesh is soft. But it can go hard in patients’ bodies, cutting through tissue and organs.

In the letter to Scotland’s health secretary, the writer said she received the implant in 2008. Within three years, she was seeking medical help for the pain and discomfort she suffered as a result.

After learning that a piece of the mesh eroded into her bladder, she asked to have all of the mesh removed from her body. Doctors told her it would be virtually impossible to remove it all without causing further damage.

“A procedure I was not consulted on is destroying my body and life, leaving me sick and old before my time,” she writes.