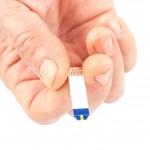 According to Reuters, Merck’s quarterly sales of diabetes drug Januvia – the company’s biggest product – took a nosedive in quarterly sales, which has investors concerned.

Januvia has been the subject of some health concerns recently. Studies have linked the drug to a higher risk of pancreatitis (an inflammation of the pancreas) and pancreatic cancer.

Bristol-Myers Squibb’s Byetta, another diabetes medication in the same class of class of drugs as Januvia, has also been linked to those ailments as well as an increased risk of thyroid cancer. The U.S. Food and Drug Administration is investigating both Januvia’s and Byetta’s potential links with pancreatic cancer.

Although Januvia has been the Merck’s fastest-growing medicine since it was approved in 2006, sales fell 4 percent to $884 million, Reuters reports.

A Merck statement cited “pressures on sales that are greater than previously anticipated” as a reason for the lower profit outlook.