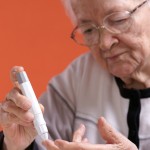 According to an NBC News blog, the discovery of a new hormone that makes the cells destroyed by diabetes has enormous potential for treating the disease.

The story says nearly 26 million Americans have diabetes, according to the Centers for Disease Control and Prevention. In both type 1 and some cases of type 2 diabetes, patients have to inject insulin when they eat to make sure the body metabolizes the food properly and doesn’t get too much or too little sugar.

That’s a tricky process for many diabetes patients, many of whom get it wrong.

As an added complication, some diabetes drugs come with accompanying health risks.

Studies have linked the diabetes drugs Byetta and Januvia to an inflammation of the pancreas called pancreatitis, and to pancreatic cancer. Those studies include an analysis of insurance records published two months ago in the medical journal JAMA Internal Medicine, which concluded that diabetics hospitalized with pancreatitis were twice as likely to be taking Januvia or Byetta than a control group of diabetics without the condition.

Byetta has also been linked to an increased risk of thyroid cancer.

But Harvard researchers have discovered a new hormone called betatrophin that encourages the growth of beta cells in the pancreas – the cells that produce insulin, which people with diabetes lack.