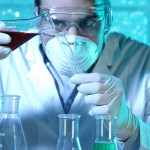 Following an inspection by the U.S. Food and Drug Administration, a Florida specialty pharmacy called The Compounding Shop is recalling all of its sterile products, ABC News reports.

According to the story, FDA inspectors were concerned about sterility problems with company drugs that could lead to bacterial contamination. The agency advised health care professionals to keep drugs produced at the company away from patients.

The FDA investigation was part of a wave of inspections at compounding pharmacies, which prepare medications from ingredients provided by other sources in response to specific physician orders.

The agency stepped up its oversight of the facilities in the wake of a fungal meningitis outbreak that has sickened more than 700 people and killed more than 50 throughout the country. That outbreak has been traced to a batch of steroid medication produced at a compounding pharmacy in Massachusetts called the New England Compounding Center.

Although the compounding pharmacies are supposed to produce drugs on a small scale, public health watchdogs have accused them of producing drugs on a large scale for less cost by exploiting the regulatory loophole in which they operate.