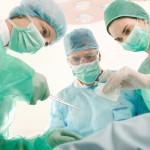 The Hindu, an English-language newspaper out of India, describes the case of a 37-year-old man who regained his eyesight after 18 years of blindness.

According to the report, the man initially lost his eyesight when he suffered a bout of Stevens Johnson syndrome after taking some tuberculosis medication.

Stevens Johnson syndrome usually occurs as an extreme allergic reaction when the skin and mucous membranes react severely to a medication or infection. It’s considered a medical emergency and can cause the top layer of skin to shed and die.

According to The Hindu, the man had undergone 14 different surgeries over a span of nearly two decades. Doctors eventually performed “keratoprosthesis” surgery, in which a custom-made optical cylinder was inserted into his right eye. After that, he found he could see from his right eye.

The story says doctors will put him under observation for six months to a year before deciding whether to operate on his left eye as well.