Posted May 13, 2013 in Health | Product Liability | Product News and Recalls 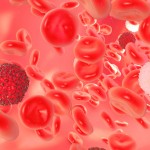 A study has found a link between U.S. veterans’ exposure to Agent Orange, and deadly forms of prostate cancer, according to a story in U.S. News and World Report.

Previous research has suggested that Agent Orange, a chemical spray used as a defoliant in Vietnam, increases the risk of prostate cancer. But the new study is the first to demonstrate a specific link between the defoliant and more dangerous forms of the disease.

The story says that Agent Orange was often contaminated with the carcinogen dioxin.

Researchers examined data on more than 2,700 U.S. veterans who underwent a prostate biopsy. Of that group, 33 percent were diagnosed with the disease, including 17 percent with a high-grade form.

The story quotes Dr. Mark Garzotto of the Portland Veterans Administration Medical Center as saying the findings suggest that determining veterans’ exposure to Agent Orange can help identify those who may be at increased risk for prostate cancer.
That in turn may lead to earlier detection and treatment.