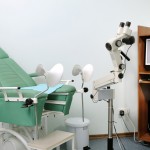 A story on EmpowHer evaluates the pros and cons of different types of birth control available to women, including pills and intrauterine devices, or IUDs. Both options carry different side effects, the report says.

The IUD is a small T-shaped device inserted into the uterus during a procedure that requires only local anesthesia. A type called ParaGard does not have any hormone in it, instead relying on the copper wrapped around the T-frame to create an inhospitable environment for the egg and sperm. Mirena and Skyla, on the other hand, both contain the hormone progestin.

All three IUDs carry risks of side effects including pain with insertion, back pain, and spotting or irregular cycles for the first three to six months during the adjustment period. Mirena also carries a risk for ovarian cysts and acne.

A number of women who used the Mirena IUD have also filed lawsuits claiming the company overstated the device’s benefits in its advertising while trying to conceal some potentially dangerous side effects. Those side effects include the possibility that the device will embed itself in the uterine wall and move from its implantation site, causing organ perforation or scarring. In some cases, according to the lawsuits, surgery is necessary to remove it.

The report says the birth control pill, also known as the oral contraceptive pill, typically includes a combination of a synthetic estrogen and progestin that works to suppress ovulation.