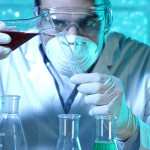 Food and Drug Administration Commissioner Dr. Margaret A. Hamburg has admitted that her agency wasn’t aggressive enough in investigating compounding pharmacies, such as the one responsible for a deadly, nationwide meningitis outbreak.

But in a hearing before a House Energy and Commerce subcommittee, Hamburg also said the agency needs stronger legal authority if it’s going to make such pharmacies conform to stricter safety standards, the New York Times reports.

The compounding pharmacy in question, the New England Compounding Center, has since shut down after a contaminated batch of steroid medication it produced was identified as the outbreak’s source. Since it was reported late last year, the outbreak has sickened 733 people and killed 53 in 20 different states.

Compounding pharmacies are supposed to make specialized medications from ingredients provided by other sources, in response to individual physician orders. But since they’re not subject to the same restrictions as other drug manufacturers, some regulators have accused them of using regulatory loopholes to manufacture drugs on a large scale for less cost.

Although Hamburg conceded that the FDA may have been too cautious out of concern over potential lawsuits, she told committee members that her agency needs the power to compel compounders to register with the agency, submit to inspections and show their records. The agency often needs a court order to accomplish that now, she said.