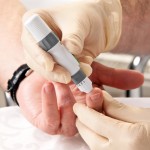 A story posted on the Website of KTRK-TV out of Houston deals with U.S. Food and Drug Administration investigation into a potential link between newer diabetes drugs including Byetta and Januvia, and a potentially dangerous condition called pancreatitis.

According to the story, FDA officials reported that samples of pancreas tissue taken from patients showed inflammation and cellular changes linked with pancreatitis, an inflammation of the pancreas. Alarmingly, pancreatitis has the potential to develop into pancreatic cancer.

Previous studies have linked Byetta and Januvia to pancreatitis and pancreatic cancer, and Byetta to an increased risk of thyroid cancer.

Although the FDA had already issued alerts about the pancreatitis risk, the agency had not previously notified the public about pre-cancerous cell changes seen with the drugs. According to the story, a recent study of insurance records found that diabetics with pancreatitis were twice as likely to be using of Byetta or Januvia.

A number of pharmaceutical manufacturers have released new drugs in recent years, because the 25 million people living with diabetes in the U.S. represent a sizable market.

Type 2 diabetes leaves patients unable to properly break down carbohydrates because their bodies do not produce enough insulin, or because their bodies have become resistant to the hormone. Patients with that type of diabetes are at higher risk for heart attacks, kidney problems, blindness and other serious complications.

The story says that many diabetics require multiple drugs with different mechanisms of action to control their blood sugar levels.