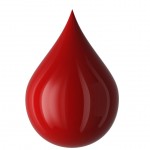 A study presented at a meeting of the American Chemical Society suggests that eating egg whites regularly could be just as effective in lowering blood pressure as taking certain medications.

Study leader Zhipeng Yu, Ph.D., of Jilin University credits a peptide, one of the building blocks of proteins, that occurs in the egg whites.

A news release from the Society quotes Yu as saying: “Our research suggests that there may be another reason to call it ‘the incredible, edible egg.’”

According to the press release, the research was done with a version of the peptide that was heated to almost 200 degrees Fahrenheit during preparation, which is less than the temperatures typically used to cook eggs. But Yu cited evidence from other research that egg whites may retain their beneficial effects on blood pressure after cooking.

Yu believes that egg white peptides — either in eggs or as a supplement — could become useful for treating high-blood-pressure when used as an adjunct to medication. Although he cautioned people with high blood pressure to consult with their health care providers before making any changes.