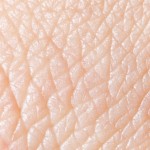 An ABC News story out of Colorado tells the story of a woman’s ordeal with Stevens Johnson Syndrome, which she suffered after taking a drug prescribed for depression.

Stevens-Johnson syndrome occurs when the skin and mucous membranes react severely to a medication or infection. It can cause the top layer of skin to shed and die, and is considered a medical emergency.

The story says that Josephine is a New York actress who had been in Colorado to make a documentary. A doctor in New York had prescribed her Lamictal, made by GlaxoSmithKline, and had recently increased her dosage.

Josephine had trouble breathing and developed spots on her skin. A specialist initially misdiagnosed her, telling her that she had allergies and then diagnosing her with herpes.

She developed painful blisters on her skin. A specialist then made a correct diagnosis, and she ended up getting treated in a burn center.

The blisters eventually spread to her entire body, and doctors were obliged to put her in a medical coma because the pain was so bad. The blisters also affected her eyes, and surgery was necessary to save her eyesight.

According to the story, Josephine isn’t sure how much the damage to her skin will heal and she’s now afraid that scarring may jeopardize her future as an actress.