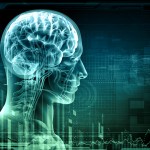 A story in the London Evening Standard out of the U.K. says the parents of a seven-year-old boy who suffered traumatic brain injury at birth were awarded the equivalent of about $13 million.

According to the story, officials at Princess Royal hospital admitted full responsibility and apologized for the accident that left the boy with cerebral palsy.

During his mother’s labor, the boy’s brain was starved of oxygen. In addition, midwives failed to monitor his heart rate for more than 12 hours and refused an emergency Caesarean. If the boy’s birth had occurred 20 minutes earlier, he likely would have suffered no brain damage at all, the story says.

The injury left the boy completely dependent on a wheelchair to get around, and technology to communicate. He also needs 24-hour support.

The story includes an interview with his parents, who say they will use the settlement money to fund equipment, treatment and services that will make it easier for them to take care of him. They also intend to get a new home with space for live-in help, as well as wheelchair ramps.

His parents are hopeful that in addition to helping them take care of their son, the settlement will help keep the hospital accountable and spare other families from going through a similar experience.

His mother is quoted as saying: “Nothing can turn back the clock or improve (my son’s) condition, but we can now all look to the future and concentrate on enjoying life as a family knowing we’re equipped to deal with whatever the future holds.”