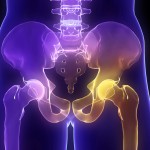 A U.S. appeals court has sided with health care giant Johnson & Johnson – throwing out an earlier $482 million verdict in a patent infringement case, according to a story in the Newark Star Ledger.

A doctor had claimed Johnson & Johnson infringed on the patent for his invention, which used a permeable barrier to treat injured tissue. He claimed the company improperly used the technology for a type of stent used to prop open heart arteries. The initial decision, dating to 2011, had been the ninth-largest patent verdict in U.S. history.

A jury recently awarded $11.1 million to a woman injured by a vaginal mesh implant that Johnson & Johnson’s Ethicon division manufactured. That case represented the first of more than 11,000 lawsuits regarding the devices to go to trial, filed by women complaining of health problems that include infection, organ perforation and chronic pain.

The $8.3 million verdict was the first of about 10,000 Johnson & Johnson artificial hip lawsuits to go to trial.

The Star Ledger says Johnson & Johnson was considered a pioneer in the market for heart stents, but got out of the business in 2011 because of falling prices for the stents and competition from other companies.