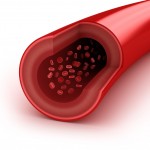 A recent study indicates that the number of people suffering side effects after taking the cholesterol-lowering drugs known as statins is higher than previously reported, according to NPR.

Researchers who conducted the study, published in Annals of Internal Medicine, looked at more than 100,000 people who’d been prescribed statins from 2000 through 2008 at two academic medical centers. They found that 17 percent of patients taking the pills reported side effects, including muscle pain, nausea, and problems with their liver or nervous system.

The clinical trials used to get regulatory approval for the drugs, in contrast, put that number at 5 to 10 percent.

NPR says that about two-thirds of people with side effects quit taking statins, and that half of all the people prescribed the drugs quit them at last temporarily – 20 percent of those for more than a year.

The report includes an interview with Dr. Barbara Roberts, director of the Women’s Cardiac Center at Miriam Hospital in Rhode Island, who says that long-term statin use may cause nerve damage and people should proceed with caution when taking them.