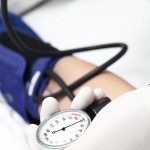 Researchers at Brigham and Women’s Hospital out of Boston have announced the results of a new study that suggests moderate doses of Vitamin D may help reduce blood pressure.

A report by NPR says the findings are promising because high blood pressure has some well-established risks, including a potentially doubled risk of heart attack or stroke.

A press release from Brigham and Women’s Hospital says the study focused on African Americans, who have a 40 percent greater likelihood of suffering high blood pressure than other American ethnic groups.

During the study, 250 African-American adult voluntary research participants were divided into four groups. Three of the groups received a three-month regimen of daily Vitamin D supplements. The fourth group received a placebo.