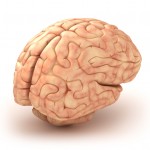 A story in the Vancouver Sun describes a lawsuit brought by the family of a girl who suffered traumatic brain injury at birth, leaving her mostly immobile and with a life expectancy of 38 years.

The story says the Supreme Court of Canada upheld an earlier ruling awarding the girl $3.2 million.

Cassidy, now 15, was born on Jan. 23, 1998. Her mother’s obstetrician and gynecologist tried to deliver her by forceps. After running into problems, he switched to a Caesarean delivery.

During that time, her hear rate slowed and her brain was deprived of oxygen. Although she was revived after 18 minutes, it left her with severe brain damage.

Cassidy is now confined to a wheelchair and unable to speak. She’s fed through a tube.
According to the story, the Supreme Court of Canada upheld an earlier decision that her mother’s doctor did not make adequate preparations prior to the procedure, which might have made a difference.