Study says energy drinks may be harmful to heart 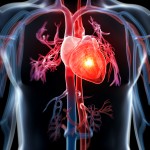 Researchers who reviewed seven different studies say that consuming energy drinks may have a harmful effect on heart rhythm and blood pressure.

A Fox News report notes that the findings come as regulators, lawmakers and physicians are increasingly concerned about the promotion and consumption of the highly caffeinated beverages.

The researchers analyzed studies that looked at various heart measures following consumption of one to three energy drinks, and reported slightly elevated blood pressure, as well as a lengthening of one phase in the heart’s rhythm called the QT.

They found that after drinking one to three energy drinks, people’s systolic blood pressure was raised by 3.5 points on average. They also concluded that the QT, one phase of the heat’s rhythm, was lengthened by 10 milliseconds.

The report quotes Sachin Shah, an assistant professor of pharmacy at the University of the Pacific in Stockton, Calif., as saying: “Certain individuals need to be careful. I’m worried about the chronic drinkers, because that degree of increase in systolic blood pressure can have consequences.”

The FDA recently announced it was investigating two brands of energy drink after they were linked to at least 18 deaths, 92 side effect reports and 33 hospitalizations.

Another federal agency, the Substance Abuse and Mental Health Services Administration, has released a report stating that the number of emergency room visits related to energy drinks doubled from 2007 through 2011 – rising from about 10,000 to more than 20,000.