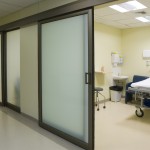 A report in the Omaha World-Herald News describes the ordeal of a local high school basketball player who suffered through a life-threatening bout of a skin condition called Stevens-Johnson syndrome.

According to the story, the problems started after the 17-year-old was given Zithromax to treat a sinus infection.

Stevens-Johnson syndrome occurs when the skin and mucous membranes react severely to a medication or infection. It can cause the top layer of skin to shed and die, and is considered a medical emergency. According to the report, the condition starts with flulike symptoms, followed by a painful red or purplish rash that spreads and blisters.

In the case of the teenager mentioned in the story, the disease first showed up in the form of strange sores on the inside of his mouth. Within a few days, the story says, his throat was closing and the disease was spreading inside his body.

He ended up staying in the hospital for seven days – all but one of which was spent in the ICU. Doctors treated him with IV fluid containing pain medications, eye drops, breathing treatments and a nebulizer.

He is still recovering from the ordeal, which doctors predict will take anywhere from two to six months. In the course of the treatment, he lost 26 pounds.

The story quotes his mother as saying: “To know that your 17-year-old son is playing basketball on a Thursday and then fighting for his life on a Friday to keep this disease from killing him, we absolutely don’t take anything for granted now. That’s for certain.”