Editorial contrasts J&J then and now 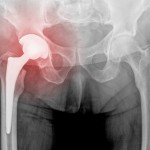 An opinion piece in USA Today contrasts health care giant Johnson & Johnson’s actions in 1982, when seven people died after taking Tylenol spiked with cyanide; and in the late 2000’s when concerns started to emerge about the company’s all-metal hip implants.

In 1982, the piece says, the company pulled millions of bottles off store shelves within days, and quickly introduced tamper-resistant packaging that became an industry standard.

“Its speed and candor during the Tylenol tragedy became the textbook case for handling corporate crises,” the piece says. “Now, it seems, J&J has thrown out that textbook.”

By contrast, according to the article, the company’s DePuy Orthopaedics division spent years ignoring and even actively suppressing evidence that that two of its hip implants were failing at high rates and leaving toxic metal debris in patients’ bodies. Although the company finally recalled the implants in 2010, surgeons had already put them in 93,000 patients.

Although the opinion piece notes that Johnson & Johnson isn’t the first health care company to repress bad news, it says: “But its shift away from more responsible practices is a notable violation of its own policies, which state that the company’s ‘first responsibility’ is ‘to the doctors, nurses and patients … who use our products and services.’”