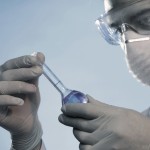 Michigan’s attorney general is calling for a criminal investigation into the New England Compounding Center – a Massachusetts-based specialty pharmacy blamed for a deadly meningitis outbreak that has killed 51 people and sickened 730 in 20 states.

A CNN report quotes Michigan Attorney General Bill Schuette as saying: “Hundreds of Michigan citizens and their families have endured terrible pain and deaths of loved ones suffering from illnesses caused by these tainted steroid injections. This investigation is necessary to uncover the truth as to how this unspeakable tragedy happened and to restore public faith in our healthcare system.”

NECC produced a batch of steroid medication tainted with a fungal contaminant. Subsequent inspections found unsanitary conditions at the pharmacy.

Meningitis is a potentially deadly inflammation of the tissue lining the brain and the spinal cord.

Several other compounding pharmacies have recalled their products in recent weeks.

Schuette said he filed a petition to his state’s Court of Appeals to have a grand jury determine if the NECC broke any laws when it distributed the medication in Michigan.