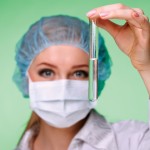 Critics of the pharmaceutical compounding industry aren’t surprised by a spate of recalls, according to a story in USA Today.

Two recent recalls include a Georgia compounding pharmacy called Clinical Specialties recalling syringes of the drug Avastin following reports that they may have caused eye infections; and the New Jersey-based Med Prep Consulting recalling all of its products after mold was found in bags of magnesium sulfate.

Both of those recalls come in the wake of a nationwide fungal meningitis outbreak, which has been traced to a contaminated batch of steroid medication from a Massachusetts compounding pharmacy called the New England Compounding Center. To date, that outbreak has killed 50 people and sickened more than 700.

Compounding pharmacies, which aren’t subject to the same regulations as other drug manufacturers, were traditionally in the business of mixing specialty variations on prescriptions for individual patients in response to physician orders.

But USA Today quotes Michael Carome, a physician and deputy director of Public Citizen’s Health Research Group, as saying that many compounding pharmacies have expanded beyond that role in recent decades, becoming large-scale manufacturers. In some cases, Carome says, compounders have exploited their relatively lax regulatory status to sell products more cheaply than larger manufacturers who are subject to more stringent rules.

Carome says the recalls are a result of “at least a decade of inadequate enforcement by the FDA.”