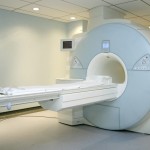 In the course of a recently concluded trial over a medical imaging dye called Omniscan, witnesses claimed that manufacturer GE Healthcare actively tried to suppress evidence that the dye could be dangerous, ProPublica reports.

A jury in Cleveland recently awarded $4.5 million to the plaintiff – a 61-year-old man diagnosed with a disease called nephrogenic systemic fibrosis in 2010 — and $500,000 to his wife. Prior to that trial, GE had settled several hundred other cases out of court over the last several years concerning the dye, which is used to sharpen MRI scans.

ProPublica said GE ignored the advice of its own safety experts to “proactively” restrict Omniscan’s use, over concerns that it could cause a rare but debilitating disease that makes large areas of the skin become thick and hard.

GE Healthcare acquired Omniscan in 2004 when it purchased a U.K. company. Although the first association between Omniscan and the skin disease was published in 2006, by a scientist without access to any internal company documents, witnesses testified that concerns had cropped up long before then.

During the trial, a company scientist who studied Omniscan in 1994 testified that she came across some potentially troubling findings. But her boss instructed her to “burn the data”. According to ProPublica, the scientist testified that although she was “terrified” that she would be fired, she did not follow the directive and retained the data.

Other researchers conducted a study and published the conclusion that Omniscan was safe and effective. But they later withdrew their paper after allegedly learning that they had not been shown “secret studies” that contained problematic data.