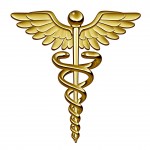 A study linked the cholesterol drug Tredaptive to serious side effects that included development of diabetes, gastrointestinal problems, bleeding and infections, according to a Reuters report.

Manufacturer Merck had already decided not to sell the drug in the United States and to take it off the market in dozens of other countries, after findings that it failed to prevent heart attacks, strokes, death and other complications in heart patients.

Tredaptive isn’t the only drug to raise concerns about causing diabetes.

The U.S. Food and Drug Administration recently added warnings to the labels of widely used cholesterol drugs called statins, which include Pfizer Inc.’s Lipitor, warning that they may increase the risk of Type II diabetes. The statin labels also warn that the drugs may raise blood sugar levels, and could cause memory loss.

Tredaptive combines extended-release niacin, a form of vitamin B, and an experimental agent called laropiprant which was to prevent the uncomfortable facial flushing associated with niacin.

One of the study’s authors said the side effects are consistent with previous studies about niacin.

Patients should consult their doctors before making any changes in their medication. A consultation with a Lopez McHugh lawyer is also important if there are significant injuries.