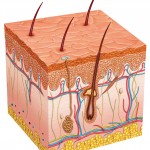 The U.S. Supreme Court is considering a case that may determine the extent to which manufacturers of generic drugs are liable for injuries their medications cause.

According to a report in the Chicago Tribune, the case stems from the $21 million that a jury awarded to a woman who suffered from a severe form of Stevens Johnson Syndrome after taking a generic anti-inflammatory drug called Sulindac.

Stevens Johnson syndrome, which can cause the top layer of skin to shed and die, is usually an allergic reaction in response to medication, infection or illness.

After taking sulindac in 2004, the patient’s skin began to peel off, which left her with burn-like lesions over two-thirds of her body. She had to spend nearly two months in a hospital burn unit, including time in a medically induced coma, and has since undergone 13 eye surgeries.

According to the story, the experience left her with permanent near-blindness, scarred lungs and a constricted esophagus that makes it difficult to swallow.

After she sued Mutual in New Hampshire court in 2008, alleging the sulindac was defectively designed.

A previous Supreme Court ruling protected generic drugmakers from being sued for failing to warn about certain health risks, because federal law requires brand-name and generic drugs to carry the same label. But her lawyers argued that the generic drug was inherently dangerous, based on the number of reports the U.S. Food and Drug Administration received about the skin reaction.