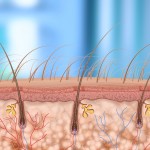 The case hinges on the question of whether manufacturers of generic medications can be held responsible for side effects that their drugs cause.

According to the New York Times, the plaintiff at the center of the case took an anti-inflammatory drug called sulindac in 2004, which her doctor prescribed to treat shoulder pain.

She subsequently had to spend almost two months in a burn unit and months more in a medically induced coma after contracting Stevens-Johnson syndrome – a condition that can cause the top layer of skin to shed and die. The condition is usually an allergic reaction in response to medication, infection or illness.

According to the New York Times, the experience left her legally blind, with permanent damage to her lungs and esophagus.

A jury awarded her $21 million after a 2010 trial in Federal District Court in Concord, N.H., and a federal Court of Appeals upheld that verdict. Now Mutual Pharmaceutical Company, the manufacturer of the drug she took, is appealing to the U.S. Supreme Court.

Her lawyer presented evidence at the previous trial that patients taking the generic sulindac were more at risk of developing Stevens Johnson Syndrome than those taking other, similar pain drugs.