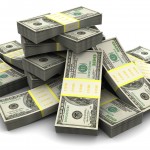 Buffett recently released his annual letter to shareholders of Berkshire Hathaway, and it shows that Berkshire had dropped its holdings of Johnson & Johnson stock to below $1 billion for the first time since the end of 2005.

The blog item notes that Johnson & Johnson has gone through a number of problems in recent years, including a disastrous string of recalls and high profile lawsuits.

In the first of about 11,000 lawsuits to go to trial, a New Jersey jury recently awarded a woman $11.1 million to compensate her for injuries from one of the Johnson & Johnson implants. Common complaints from the mesh implants include chronic pain, infection and organ perforation.

The Inquirer blog entry says that Buffett has criticized Johnson & Johnson in recent interviews. During an interview with CNBC, he said the company “obviously messed up in a lot of ways in the last few years.”