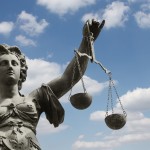 A Cleveland jury ruled that GE Healthcare failed to adequately warn of health risks connected with its medical imaging dye, marketed under the name Omniscan, which is injected into patients to sharpen MRI scans.

The jury awarded $4.5 million to the plaintiff – a 61-year-old man diagnosed with a disease called nephrogenic systemic fibrosis in 2010 — and $500,000 to his wife, ProPublica reports.

Nephrogenic systemic fibrosis is a rare but debilitating condition that causes large areas of the skin to become thick and hard. According to ProPublica, the federal court case marks the first time a jury has examined whether Omniscan can cause the disease.

A previous investigation by ProPublica concluded that GE executives ignored the advice of its own safety experts, who urged the company to restrict the dye’s use.

According to the story, Omniscan and similar dyes manufactured by other companies contain a toxic metal called gadolinium, which is bonded with a protective coating to keep it inert.

It’s supposed to be filtered out through the kidneys without causing harm. But lawyers argued that it carries risks — particularly for patients with severe kidney disease, such as the plaintiff in the Cleveland case.

That plaintiff is a 61-year-old man who claimed his nephrogenic systemic fibrosis stemmed from an injection of Omniscan he received during an MRI in 2005.

His lawyers argued that GE officials ordered data to be destroyed, and withheld research from a key scientist who co-authored a study finding the dye was safe.