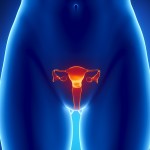 According to a recent study, most women have inaccurate perceptions about the safety and effectiveness of intrauterine devices, Reuters reports.

Researchers surveyed more than 1,600 women between the ages of 18 and 50 who had visited one of four clinics in Pennsylvania, and only about one in five was aware that IUDs are more effective at preventing pregnancy than birth control pills.

Reuters quotes an obstetrics and gynecology professor as saying that “bad press” regarding intrauterine devices may play a role in that perception.

For example, thousands of women who used the Dalkon Shield, an IUD sold in the 1970s, sued the manufacturer because of injuries sustained from infections.

More recently, plaintiffs have sued Bayer over its Mirena IUD, claiming that the company overstated the device’s benefits in its advertising while trying to conceal some potentially dangerous side effects. Those side effects include the possibility that the device will embed itself in the uterine wall and move from its implantation site, causing organ perforation or scarring or requiring surgery to remove it.

According to the U.S. Centers for Disease Control and Prevention, oral contraceptives are still the most common form of birth control, used by 28 percent of women of reproductive age. Sterilization methods such as getting the fallopian tubes “tied” are the second most common, used by 27 percent of women.