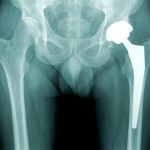 The plaintiff in the second trial over the DePuy Orthopaedics ASR hip implant is seeking punitive damages – indicating “fraud or malice” – as well as compensatory damages, according to Reuters.

The first trial of nearly 11,000 such cases recently concluded in Los Angeles. Although the jury in that case rejected punitive damages, Johnson & Johnson’s DePuy Orthopaedics division must still pay the defendant – a retired prison guard who said he suffered metal poisoning from the implant — $8.3 million in compensatory damages.

DePuy recalled the all-metal ASR hip implants in 2010, because of their high early failure rates and tendency to shed toxic metal debris in patients’ bodies. Studies show that nearly half of the devices break down and need replacement after only a few years.

But in the Los Angeles trial, the plaintiff’s lawyers presented documents indicating that company officials knew about problems with the device for years before initiating the recall.

The plaintiff in the second trial, which will be heard in Chicago, had an ASR device implanted in 2008, the story says. She developed high levels of chromium and cobalt, the metals coating the implant’s ball and socket, and needed it replaced in about three years.

Artificial hip implants are supposed to last for at least 15 years. The plaintiff’s lawyers in the Los Angeles case argued that the ASR device has an inherently flawed design, compared to older types of hip implant that incorporate plastic or ceramic.