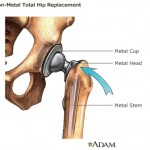 According to a story on Fox News, prosecutors in Greece have filed corruption charges against officials with DePuy Orthopedics, a subsidiary of Johnson & Johnson.

Five unnamed company officials have been charged with money laundering, and paying more than $21.5 million in bribes to Greek doctors, in exchange for the doctors promoting DePuy products.

DePuy is also facing legal trouble in the United States, over charges that the company has engaged in practices designed to put profits over the well-being of patients.

In the first of more than 10,000 such cases to go to trial, the recipient of one of DePuy’s ASR artificial hip implants has filed suit against the company in federal court. He alleged that he suffered from metal poisoning, as a result of the implant’s tendency to shed toxic debris in patients’ bodies. A jury recently awarded over $8 million in damages based on these claims.

A number of studies also show that nearly half of the all-metal implants break down and need replacement after only a few years.

The story says that eight Greek state hospital doctors, most of whom are orthopedic specialists, have already been formally accused of taking bribes and money laundering in the same case.

In Greece, the ramifications of such practices even more wide-reaching than dishonesty of individual doctors and the welfare of individual patients. Extravagant health-care spending is one of the factors that caused the country’s economy to tank, the story says.