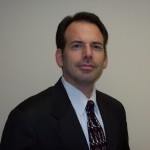 The Pennsylvania Record reports that attorney Michael Katz of Lopez McHugh has filed a product liability claim against GlaxoSmithKline, on behalf of a New York woman who alleges the pharmaceutical company’s anti-Lyme Disease vaccine harmed her.

The complaint alleges that the plaintiff’s problems originated with a series of LYMErix vaccinations she received between June 1999 and July 2000. The vaccination is intended to prevent Lyme Disease, a bacterial illness transmitted by deer ticks.

A decade later, she was diagnosed with post-Lyme vaccination autoimmune syndrome and treatment-resistant Lyme arthritis, which the lawsuit alleges was a result of the LYMErix vaccination.

The lawsuit claims that despite being aware of the vaccination’s dangerous nature, the defendants continued to design, manufacture, market and distribute it in an effort to “maximize sales and profits at the expense of the health and safety of the public.”

According to the complaint, the plaintiff seeks unspecified compensatory damages for past and future pain and suffering, severe and permanent personal injuries, healthcare costs, medical monitoring; unspecified punitive and/or exemplary damages because the Defendants “demonstrated a complete disregard and reckless indifference for the safety and welfare of the general public and to the Plaintiff.”