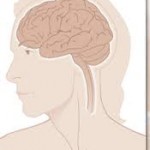 In a piece for the Wall Street Journal, writer Katherine Sharpe argues that antidepressants are overprescribed in the United States, and discusses the challenges that face a growing segment of population – young people who have no conception of who they are when they aren’t on antidepressants.

She cites figures from the National Center for Health Statistics, which state that 5 percent of American 12- to 19-year-olds use antidepressants, and another 6 percent of the same age group use medication for ADHD. That amounts to about four million teenagers. About 6 percent of adults aged 18 to 39 use an antidepressant, and usage often becomes long-term.

According to the U.S. Centers for Disease Control and Prevention, 62 percent of Americans aged 12 and over who take antidepressants have done so for two years or longer; and 14 percent have taken them for 10 years or longer. Fewer than a third of patients of all ages who take an antidepressant have seen a mental-health professional within the past year.

Sharpe, author of “Coming of Age on Zoloft” writes: “It’s easy to make fun of the question ‘Who am I?’, or to dismiss not being able to know one’s ‘true self’ as a relatively minor side effect, especially when compared with the ravages of major depression. But most of us do want to have a strong sense of our own personality and temperament; it is something that we rely on to balance our lives from day to day.”

Also concerning are studies suggesting that antidepressants may come with harmful side effects. Several studies link pregnant women’s use of antidepressants classified as selective serotonin reuptake inhibitors, or SSRIS, with potentially dangerous birth defects in newborns.

SSRI antidepressants include Prozac and Zoloft.

Sharpe speculates that antidepressants’ well-documented tendency to dampen the sex drive can also impair the personal development of young people who take them.

In addition, she describes her own experiences dealing with the tendency to ascribe all bad feelings to a biomedical glitch, and her difficulty grasping the basic idea that some things make her happy while others make her sad.

“For me, antidepressants had promoted a kind of emotional illiteracy,” Sharpe writes. “They had prevented me from noticing the reasons that I felt bad when I did and from appreciating the effects of my own choices.”

Patients should consult their doctors before making any changes in their medication. A consultation with an SSRI lawyeris also important if there are significant injuries from SSRIs.